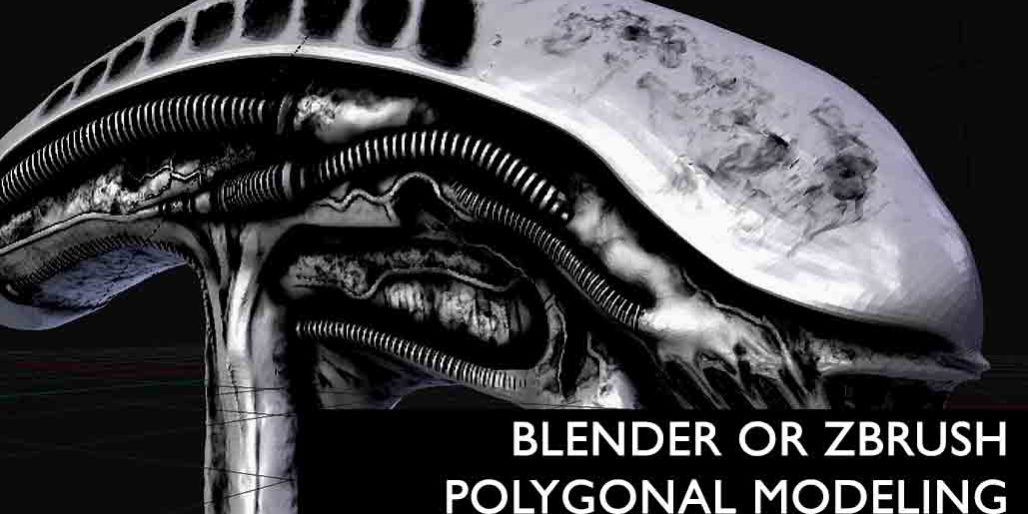 During the Q&A session after my workshop Hack The Future at CPMX8 in Guadalajara, Mexico, I was asked if Blender was better than Modo or Zbrush. This question came up because I showcased my WIP for the alien walking stick, both the low poly and high poly versions after some sculpting.

Besides answering that it’s still a mistery to me why people and professionals still pay lots of money for commercial polygonal 3D modeling tools when there is Blender (!) I still don’t have a final answer to this question. The only thing I can say is that I don’t “love” a software, I just try to find the best in each software.

I don’t have a making of the alien but I can show you a video from Ismael Fuentes modeling his character Cirila.
(In the title, Dyntopo refers to the possibility of dynamicly adapting mesh topology to the desired detail level).

The following image is a real time viewport rendering made with Blender’s GPU rendering engine, EEVEE.
You can see the full work on Behance. Each of the shots was rendered in few seconds.

In the next video you will apreciate Blender power when it comes to rendering, animation and postproduction.

Many big corporations are now supporting Blender which means that its power and quality are at least the same as its commercial competitors.

Personally I can’t find any reason to spend money for Zbrush, Modo or any other commercial polygonal modeler.