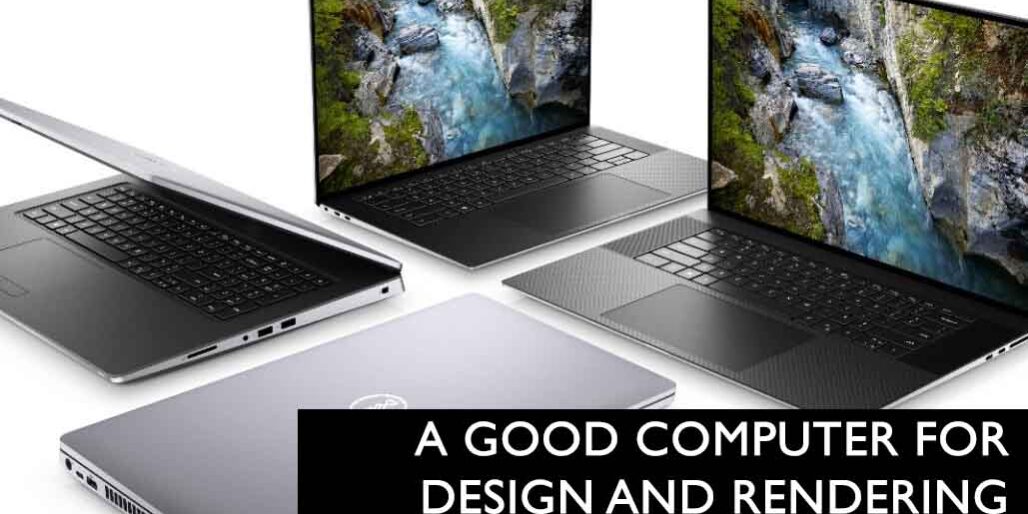 “Can you recommend a good computer setup for design applications?”

This is the most frequently asked question I get… after “Can you make a tutorial?” 🙂
So from now on I will point everybody to this post!

First of all, if you’re into design don’t even consider processors worse than i5.

Another preliminary thought: most of today’s laptops ranging 700-1,000USD are absolutely good for basic to intermediate design jobs. So if you’re a student you can probably set your budget to 1,000USD and get a good computer for your undergraduate courses.

First of all you should decide what’s your main task and in general you can identify three different applications: 2D design, 3D modeling, rendering.
I’m not considering animation and video editing.

Be it raster imaging or vector design it really doesn’t matter, your configuration should look something like this:

There’s a little confusion here on what are the best specs for 3D applications.

Many students/friends/colleagues own a gaming laptop because they think (or were told) that such computers are the most performant.
Which is true! But probably not for 3D modeling.

Gaming laptops are mighty machines but they’re optimized for real-time rendering and this is something that’s not relevant for a designer (*).

A designer needs a lot of processing power and real-time rendering of static scenes.

So if you’re into 3D modeling you should pay attention to the following specs:

(*) Ok, this was one heck of a statement here! Well, you might be aware of the existence of Unreal Engine and its astonishing real-time rendering capability, or Unity3D, or even Houdini for computational design. Of course, these applications require some important real-time rendering power.

Are you a student?

If you are at the beginning of your undergraduate course I would not recommend a professional workstation as you won’t take 100% advantage of it.
Also consider this: a good workstation has a 5 to 10 years life span depending on how much you love it 🙂

So if you’re a student and you are on a budget I would recommend an i5-i7 computer with 16GB-32GB of RAM and a decent graphic card with 2GB-4GB of dedicated RAM.
If you study Architecture or Industrial Design and you have visionary teachers you might need specific GPU computing power so in that case I would recommend an nVidia GPU with CUDA cores.

Then there’s AI. If you study something like Computer Science or advanced Digital Media you might also need Tensor cores but this is way more specific and beyond the goal of this post. Anyway you will find dedicated nVidia hardware for this.

On the other hand, if you’re about to finish your undergraduate and you need a new computer you might want to consider a professional workstation that will accompany you even after you graduate. In this case you can refer to the previous 3D Modeling paragraph.

Use a mouse with at least 2 buttons and a scrolling wheel.

Don’t even consider working with 3D applications using a trackpad.

I am honored and overwhelmed by the appreciation g

3d printable model of a Mexican Calavera for your

Things that do mysterious stuff and look cool #eng

Happy accidents while trying to finish a job. Is i

I’m honored to give this workshop at the Bartlet

Another semester, another character with full text

Our old #Roos collection took an organic twist and

Performant fibers. Check the video course on my we

Printed copy has just arrived, thank you IASS and

Another best-seller becomes publicly available on